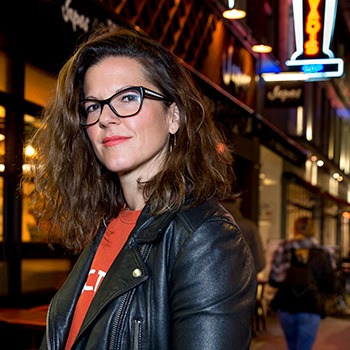 Mark Pytlik is returning to Stink Studios as Global CEO.

The co-founder and partner of the global creative studio left in June 2017 after nearly ten years at the company to take a break and explore the world of agencies and brands beyond Stink. After a 6-month sabbatical, the former advertising and music journalist made a natural career move, becoming a Group Creative Director with Spotify.

While leading the Artist Marketing and the Creator Marketing workstreams at Spotify, Mark oversaw a diverse body of work, including an interactive music video for Twenty One Pilots' “Bandito”, which won Site of the Month accolades from both FWA and Awwwards; a series of documentary films for Spotify's emerging artists program RISE (such as this one, for the artist Joji); and a TVC to promote Cardi B's debut album, which premiered to US audiences the night of her appearance of Saturday Night Live.

Stink Studios, fka Stinkdigital, won the first ever Cannes Lions Film Grand Prix for a piece of interactive work for Philips ‘Carousel’ within months of opening in 2009. Since then, it has built up a client list that includes Google, Adidas, Alibaba, Ray-Ban, and WeTransfer, among many others, and has grown to 125+ staff members across seven offices worldwide. In pushing the confines of creative technology, design, and content across a variety of integrated projects and campaigns, often alongside sister company Stink Films, it has earned a reputation as one of the most progressive and awarded creative companies in the world.

“Stink accounts for a big piece of my heart and my professional career. There’s really nowhere else I’d rather be,” Pytlik said. "During my time away, I met with all sorts of different companies and quickly realized that no one is better placed to capitalise on the seismic changes that are happening across advertising right now. There’s always been a heritage of creative excellence at Stink. My most immediate mandate will be to supercharge our creative and technology offerings with an emphasis on continuing to make world-class work.”

Daniel Bergmann, president and co-founder of Stink, added: “Mark has a rare mind, seamlessly combining both sides of his brain. He is simultaneously a visionary entrepreneur, relentless creative, exact executor and producer. He understands the macrocosm of brands as well as the detail of how to make them shine now and in the future. It is an absolute pleasure to have him back after a break inspiring himself and learning.”

“Stink is one of the last independent global networks on the planet and we have the resources to adapt and to innovate,” Pytlik added. “That means we’re in a great position to keep evolving our offering, to hire top talent, and to make strategic alliances that will keep us at the forefront of creativity and technological innovation.”